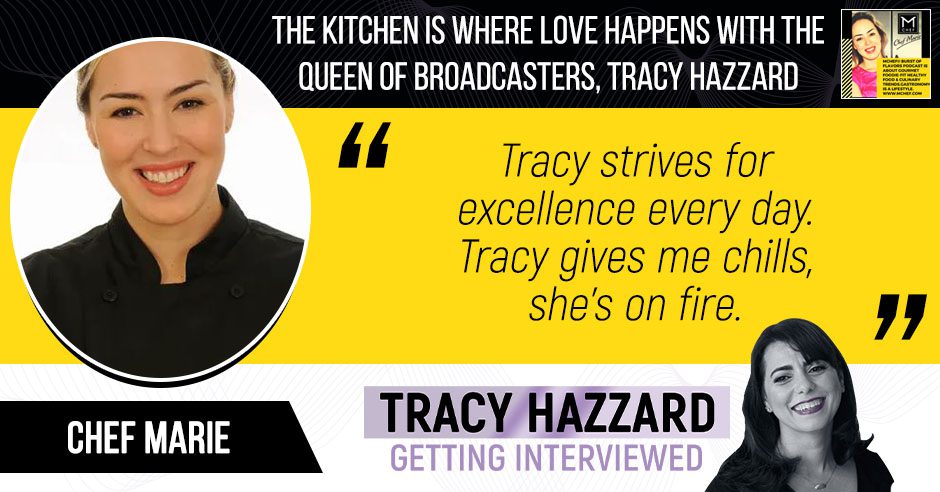 Nothing binds a family more than food. That is why, at the heart of every household is the kitchen where love happens through cooking. Tracy Hazzard is interviewed by Chef Marie of MCHEF® Burst of Flavors to share her family cooking traditions, the recipes she has grown with and loved, and the dishes she is serving her family. As a busy woman with her own podcast post-production company, nutrition is a must. Tracy shares how she copes with that in her cooking while also sharing some great advice for those entrepreneurs to take care of themselves. Plus, Tracy then gives us her banana bread recipe, perfect for keeping your bananas from going to waste.

I would like to know what was with your mother, father, and grandparents? How did you get this approach of food when you were a baby or a little girl?

My mom was always a good cook. She learned from her mom and her grandmother. My grandmother is my nan. She’s no longer alive. She was Italian but she married into this Lebanese family who would cook around her. They wouldn’t let her touch the Lebanese food, but they would come over to her kitchen because it was bigger. They would mass make things like fatayer, which are meat pies, spinach pies. They would make the kibbeh. All of these things they would make in her kitchen. My mother was there and she learned from her aunts and her grandmother. My nan picked it up too, but they didn’t let her cook because she wasn’t real Lebanese. She would then make her famous meatballs, which was absolutely everybody’s favorite. She was famous for them in the neighborhood. 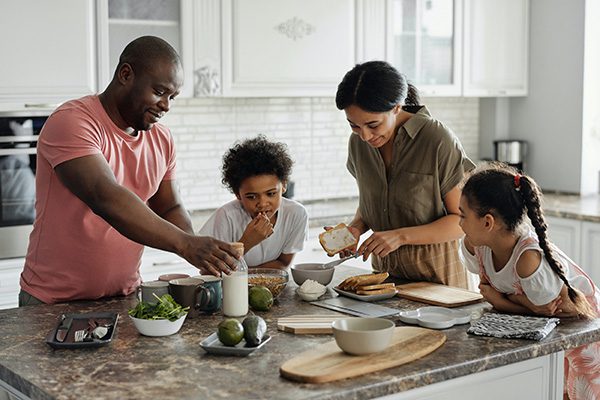 Kitchen Love: The sooner you get your family to cook with you, the sooner they get over the pickiness and start eating a broader range of food.

If you did something nice for her like a neighborhood kid would come and mow her lawn or something, she’d make him meatballs and she’d drop it off at his house. That’s how she was. That’s how she gave food as love. Her kitchen was the center of everything. Even though I didn’t grow up there for my entire childhood, that kitchen that left me this impression of this is where love happens. This is where you are nurtured and taken care of. You couldn’t walk in the house where she wouldn’t offer you food.

You are a real foodie. Do you have a funny anecdote in the kitchen when you were young or something that happened to you? Something fun because there are a lot of great stories that we find in the kitchen. The best conversations are found in the kitchen still.

The kitchen is where love happens. This is where you are nurtured and taken care of. Click To Tweet

The thing is that when I was young, I was allergic to eggs and they knew that from early on. How we found it was I was making chocolate chip cookies with my aunt and I broke open the eggs and that caused the reaction. I had hives and they had to take me to the emergency room and give you a shot and the whole thing. After that, my parents always kept Benadryl in the house. Once you grow out of how sensitive to the eggs you are, over time you can grow out of it. That’s what they say. I found that if I eat eggs, I will start itching. It still has a sensitivity into adulthood, but I can break eggs. For me, the most fun was when I could first start baking and I could break everything and I could do it all myself. That made me feel empowered in the kitchen. 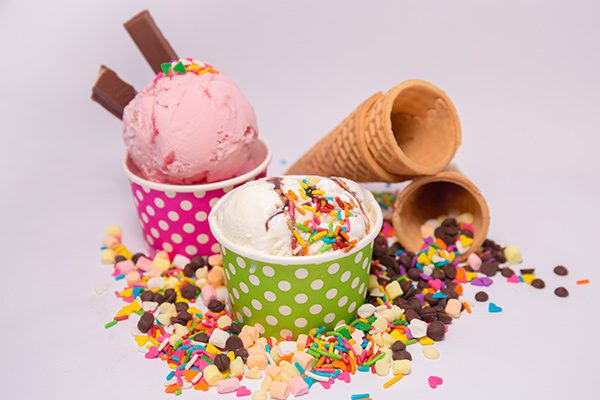 Kitchen Love: Having a forbidden food in the house is the easiest way for someone to crave it, want it, and overdose on it.

That for me was when I clearly remember when that happened that we discovered. The doctors kept saying, “Test her with a little bit now and again, and make sure because she will grow out of it.” I was probably twelve or something. That was when I could first cook on my own because I didn’t need anyone else’s help. That was probably the most fun I remember having. We have fun all the time. You read my résumé. I’m busy but I look at cooking as an excitement. That’s why I don’t like to make the same thing twice. Don’t get me wrong, we have recipes we go to, but I was like, “Let’s add this in. Let’s try something different.” That experiment keeps me out of this, “I’ve got to make something to eat for dinner.”

The Key To Building A Team Of Pure Genius With Tracy Hazzard From Get Fundable Podcast With Merrill Chandler In this episode, we have got such an amazing guest....